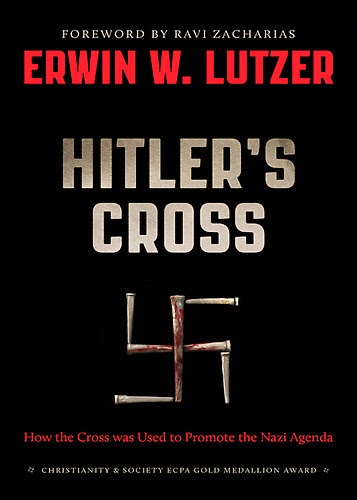 
Six million Jews dead. The monstrosity of Adolph Hitler's 'Third Reich' remains a stunning chapter in the pages of history. Although the power by which he hypnotized an entire nation is legendary, one question in particular begs an answer: Where was the church of Christ? Seduced by the satanic majesty of the Fuhrer, church leaders throughout Germany allowed the swastika a prominent place alongside the Christian cross in their sanctuaries. Nationalistic pride replaced the call of God to purity, and with few exceptions, the German church looked away while Adolph Hitler implemented the 'Final Solution' to his Jewish problem. How did this happen?

In Hitler's Cross, Erwin W. Lutzer examines the dangers of confusing "church and state," how the German church lost its focus, the role of God in human tragedy, the parameters of Satan's freedom, the faithfulness of God to His people who suffer for Him, and America's hidden cross-her dangerous trends. Hitler's Cross is the story of a nation whose church forgot its primary call and discovered its own failure after it was too late.

I have a boy and a husband that love history.  Like super duper love it.  And I knew they would SO love reading this book!

It's always amazed me that Germany was so deceived by a mad man.  How could no one see his madness?  How did he speak so sweetly that his lies were believable?  How could such a large segment of the population be so deceived by such an unknown? I mean, hello, he was the Time Man of the Year in 1938.  That still leaves me shaking my head.  And where was the body of Christ? Why weren't they protesting loudly? This book reveals the answers to those questions.

Basically, the Church slowly allowed the philosophy of Hitler to enter into their local churches one speech at a time. Instead of going to the Word of God for truth, the Church listened to Hitler's lies. They were enamored by a "new theology" that they enjoyed more than God's Word. They were excited by Hitler's promises to prosper, conquer, and succeed. They liked what they heard and they followed.
Is history repeating itself?  Have we learned from our past?  Is America following in Germany's footsteps?  Does the Church allow national leaders to speak for the Body of Christ?  When there is clearly an injustice, does The Body protest the loudest?  Or do we conform, not wanting to offend anyone?  The parallels are eerily similar and very frightening.

I was given this book by Moody Publishers for the purpose of this review.