Things I Wish I’d Known Before I Got Chickens 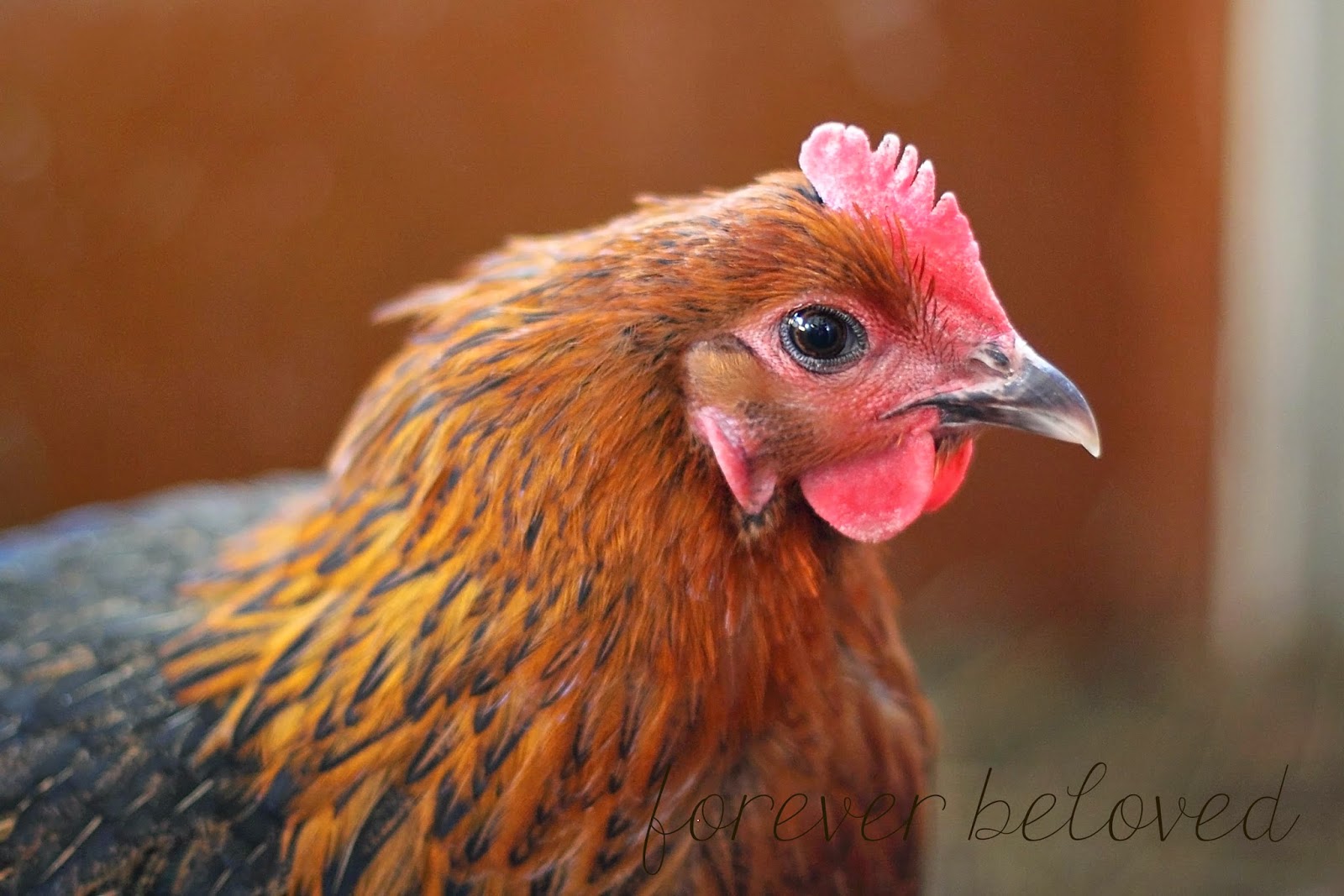 In this house, we are animal lovin' fools. I must add, I was also born with a touch of farmer in me. So for years, having backyard chickens has crossed my mind. Every time I would bring it up, I was met with a resounding no. But this girl, she's a persistent one! I guess I just wore them down until the answer yes {actually, more like an I guess so}.

I spent months researching different breeds, narrowing down what ones I wanted and one day I just took the plunge and ordered them. I just jumped in blindly with both feet. I kinda roll like that sometimes. I think that might be a quality of mine that drives my Mama nuts.

So, you're thinking you might want to keep backyard chickens? Have you been doing tons of online research like I did? Once you've read all the articles, browsed all the blogs and bought the "backyard chickens for dummies" now it's time for some just honest, self-learned lessons. Some lessons are just plain painful {and expensive} to learn by experience. So hopefully I can share some info here that will spare you from those. 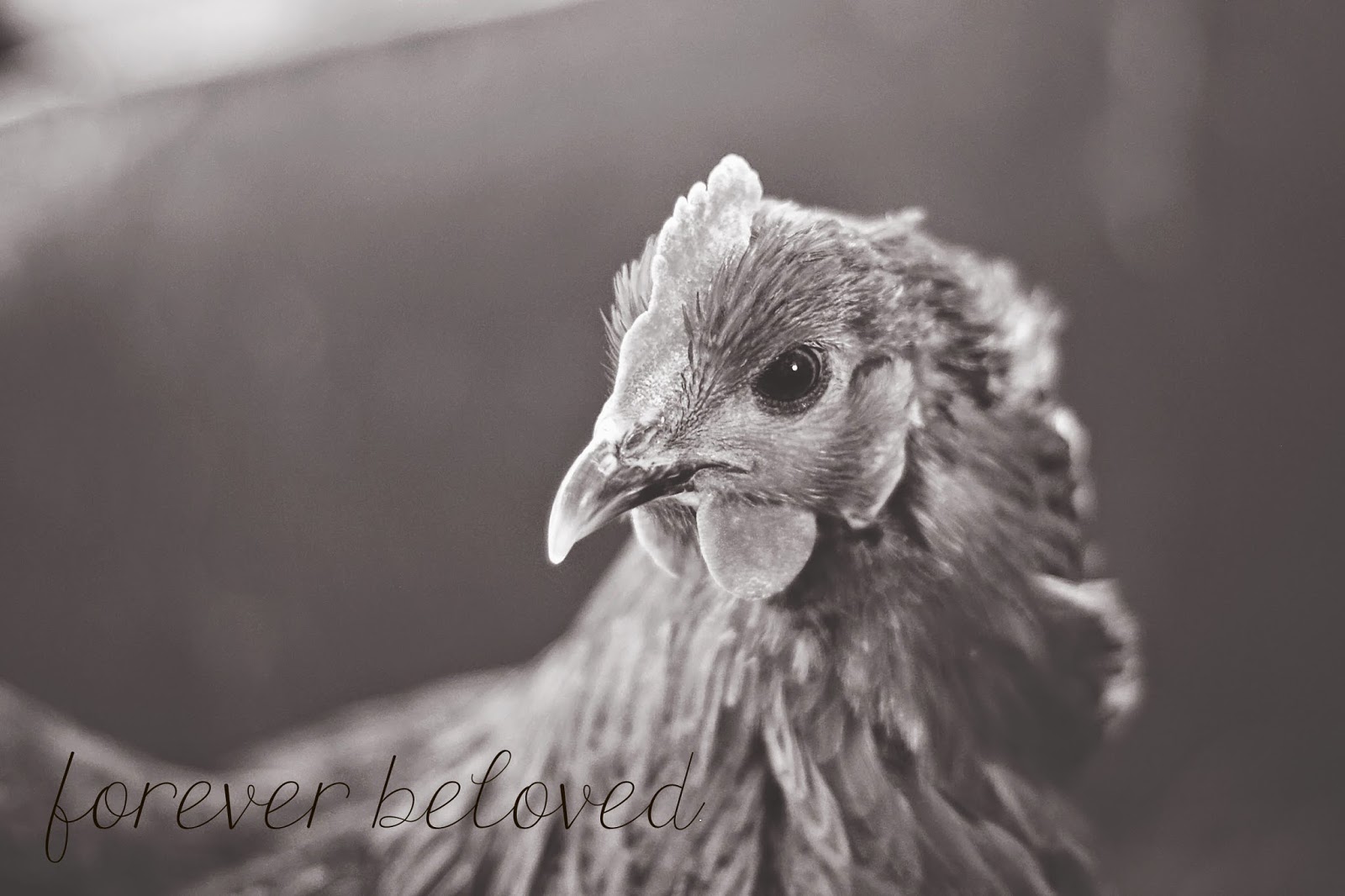 Just do it. That's my first piece of advice. Just take the plunge and get them. But first, check your local ordinances and zoning code regulations. I live in the country, so I didn't really have any I needed to abide by. I know many forbid roosters and some even have a limit on the number you can have. I would also assume if you live somewhere that requires building permits, you might need one to build your coop.

If you’re buying chicks, remember vent sexing is only 90% accurate.  So even when you've only ordered females, you may get males.  I think we've all named a Lucy later to realize it's a Ricky.  Chances are you will discover you have a male at some point too.  So if you live in a city where roosters aren't allowed, have a plan ahead of time. 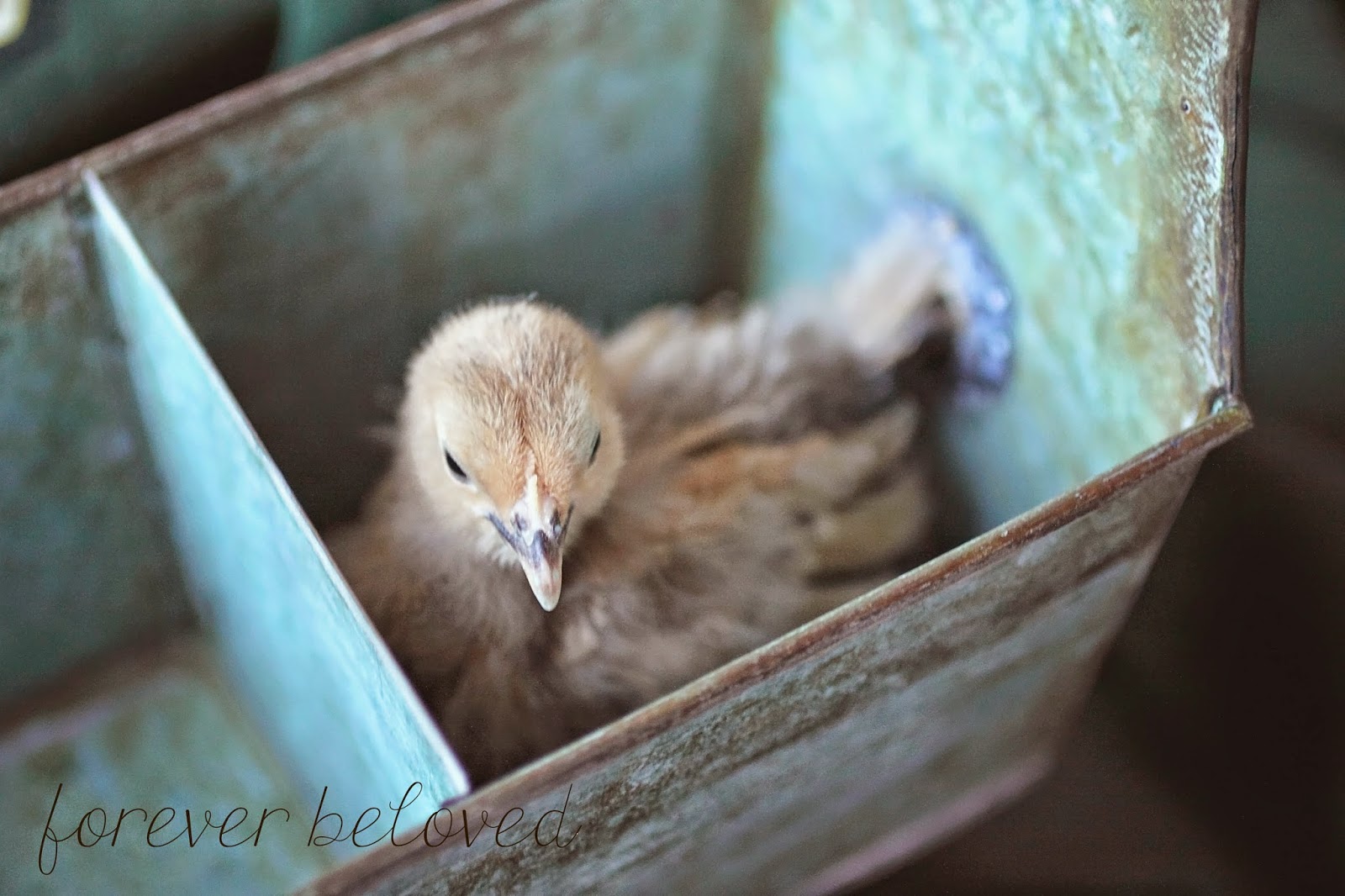 The average chicken has a lifespan of between five and seven years. This doesn't mean chickens won’t live longer, however. My flock is still young {less than a year old} so I can't speak from experience on this one.

Chickens have to be shut up at night or they will get killed.  We don't allow our chickens to free-range, so we don't have this issue.  They go from the coop into the run, which has a top cover on it.  Chickens are basically the snack food of the predator world.  Think foxes, raccoons and even hawks like to have a little evening chicken snack.  Be sure to lock them in a coop each night. 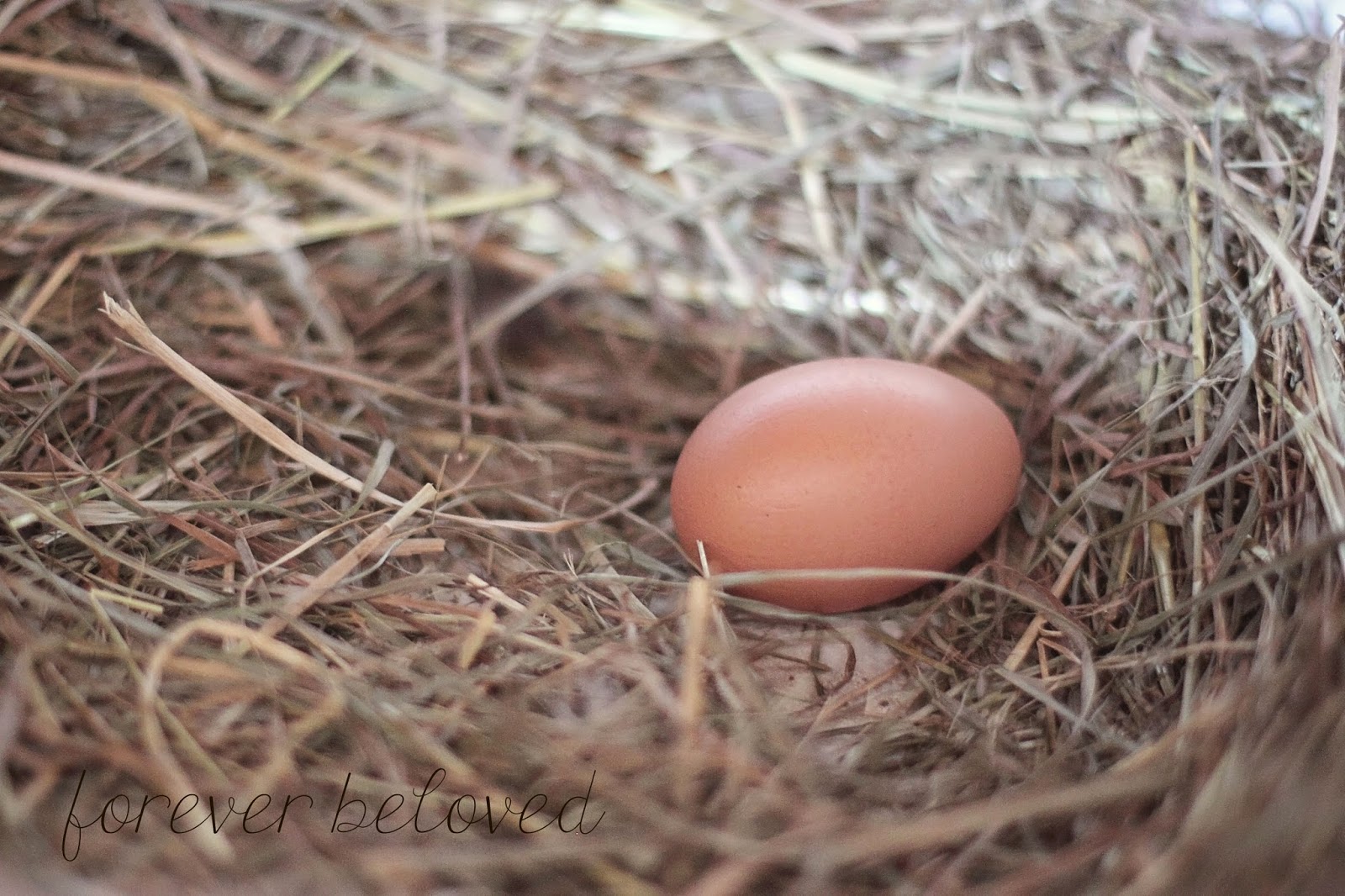 Some chickens are just mean. In fact, I have two mean witches in my coop right now. And if they don't soon shape up, I have their walking papers ready. They are bullies and just love to pick on whoever is bottom of the pecking order.

Oh yes, let's talk about the pecking order.  Even when they are chicks, you will see them chest bumping and stretching their necks out at each other.  As they grow older, this "fighting" will continue.  They are establishing a pecking order.  Every coop has one. 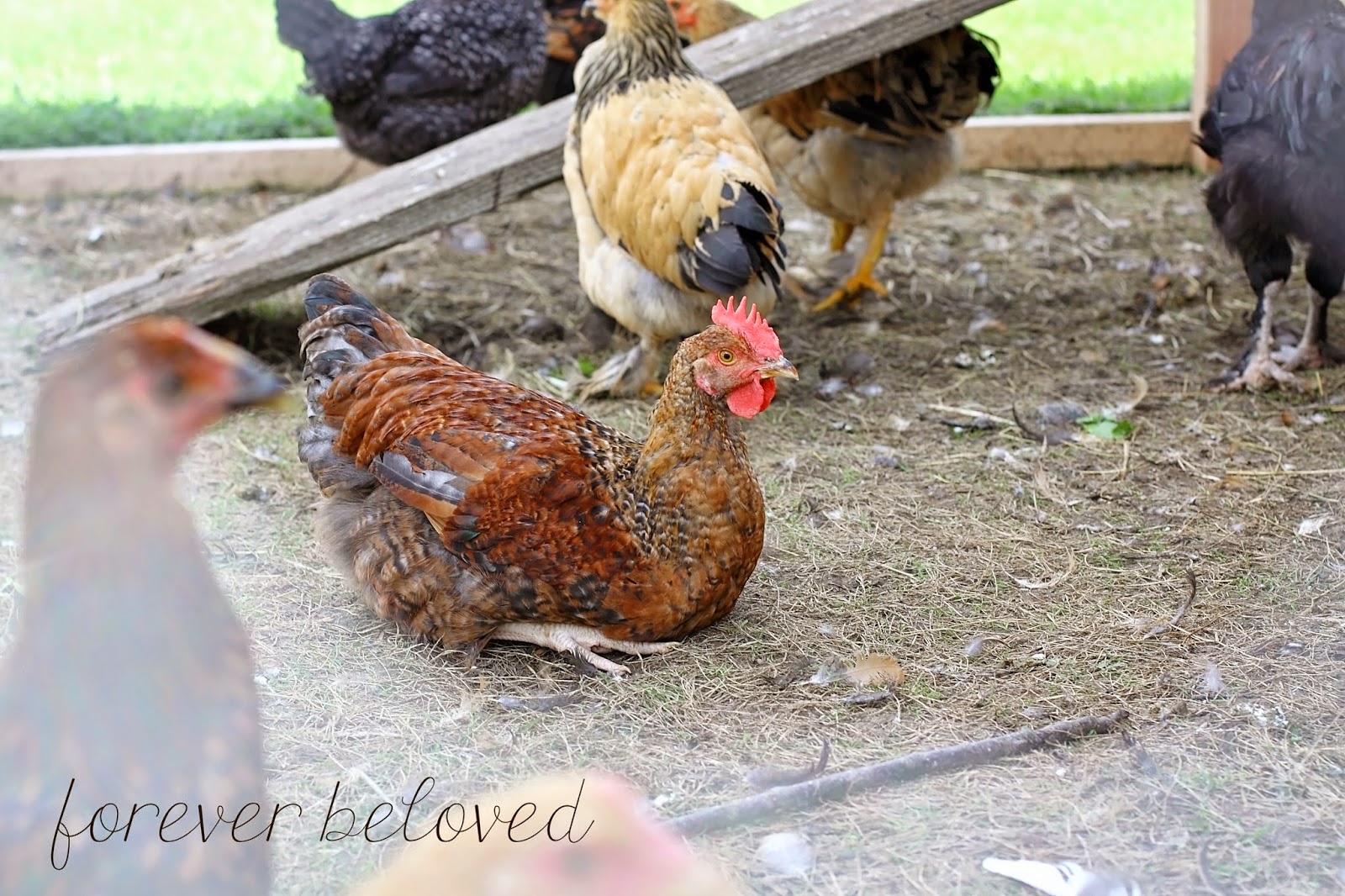 Chickens can deal with cold weather far better than hot weather. The body temperature of a chicken typically hovers around 102 degrees. Because they are wearing a down coat all year round, they will need access to shade and cool water at all times.  We placed our coop in a spot where all afternoon they have nice shade. 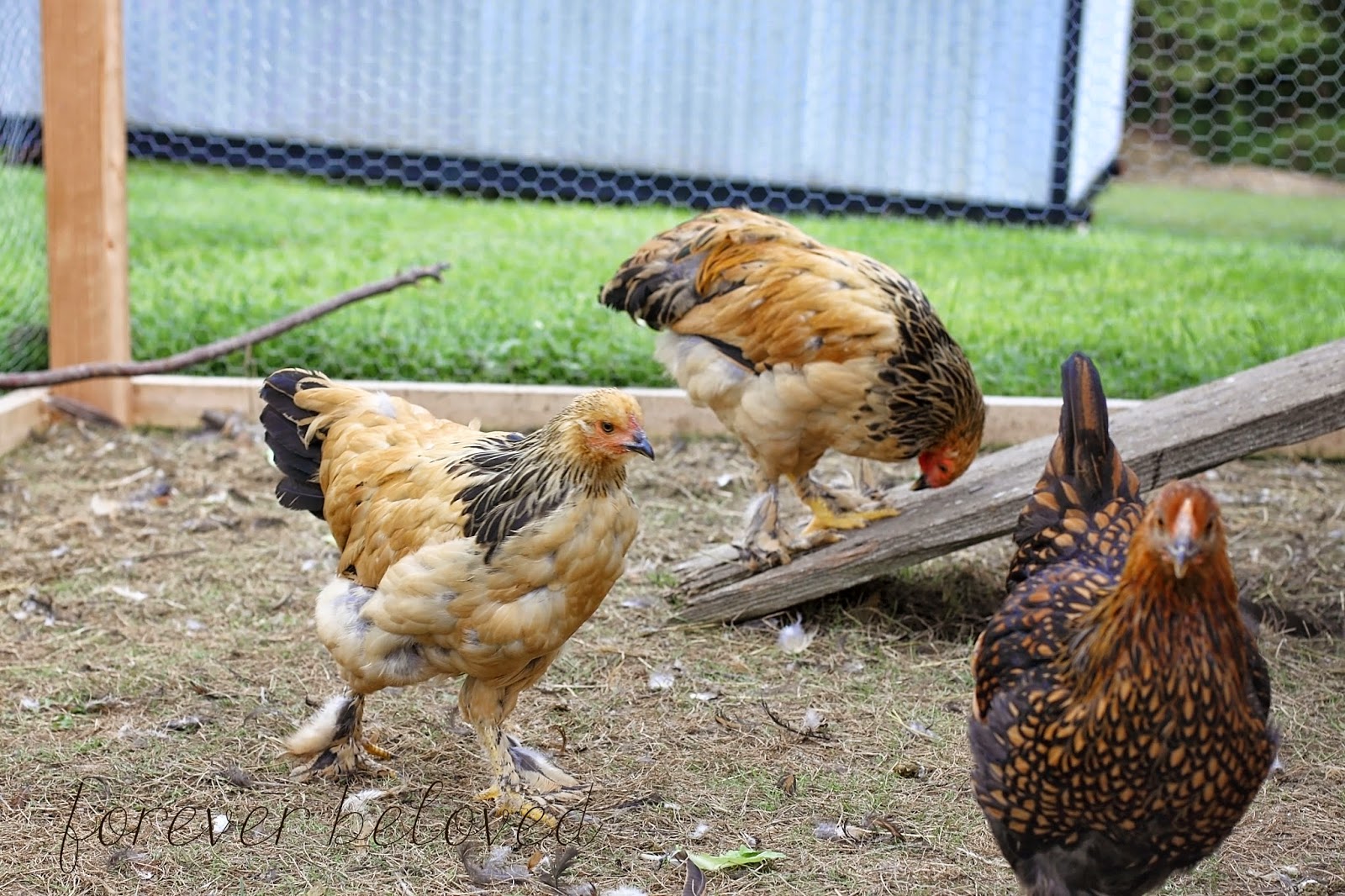 Hens will take a break from laying eggs in the winter months. Generally this is when they lose old feathers and grow new ones. Hens need about 14 hours of daylight to lay eggs consistently.  Although I have to say, my girls never stopped laying completely.  They may have slowed down a bit, especially on the extremely cold days.  But every single day this winter I got at least one egg. 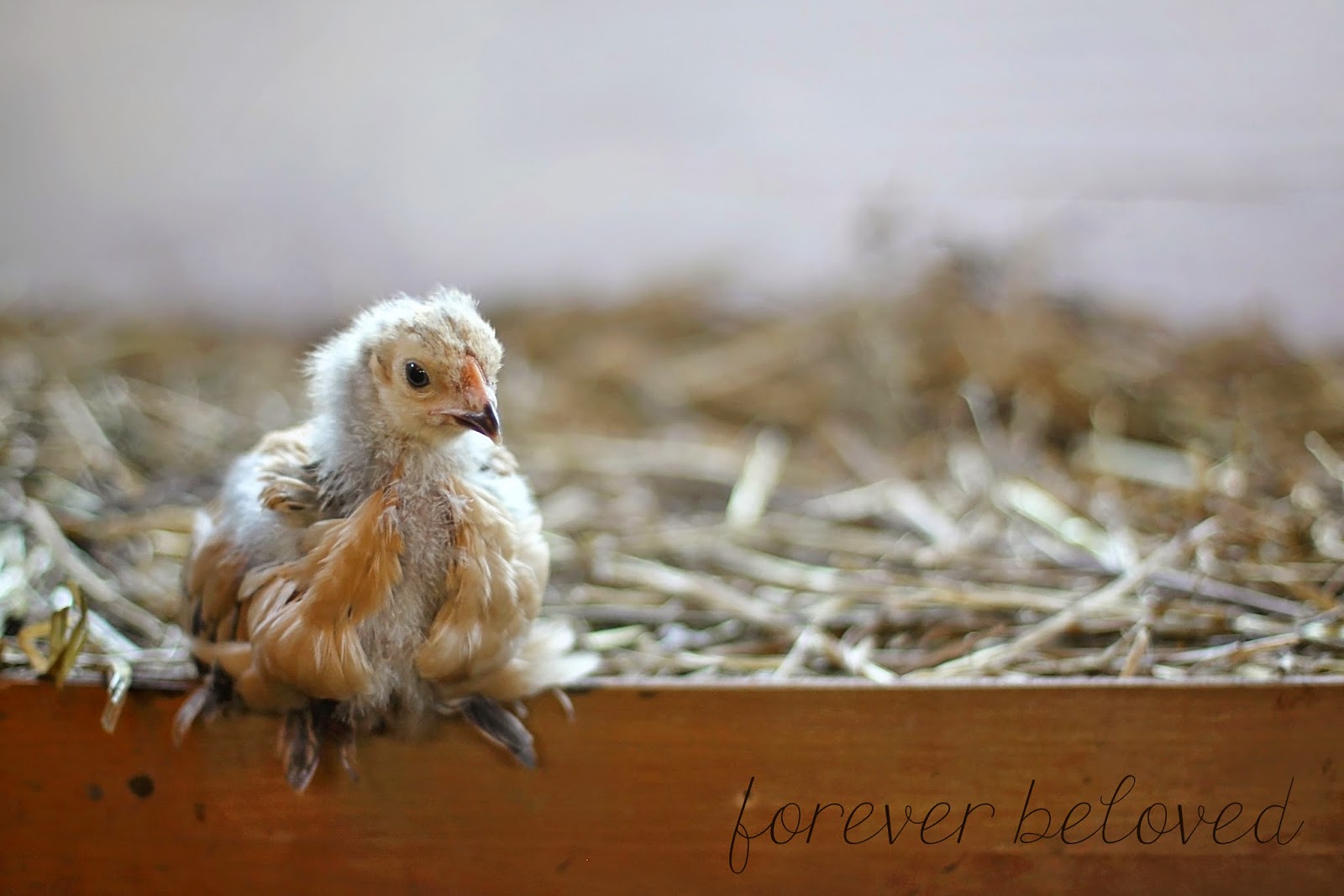 Have what you need before they arrive. If you buy them as chicks, you will need to have a brooder set up. A brooder is a heated container that can have it's temperature controlled. It's used to house your chicks, with their feed and water, until they are 6 weeks old and ready to go outside. Although I will tell you, your chicks can't move outside until the weather is warmer. I waited until the days were in the 60's or better. So if you purchase during the winter months, get ready to have those babies in your house for a good while. Unless you have a heated coop. 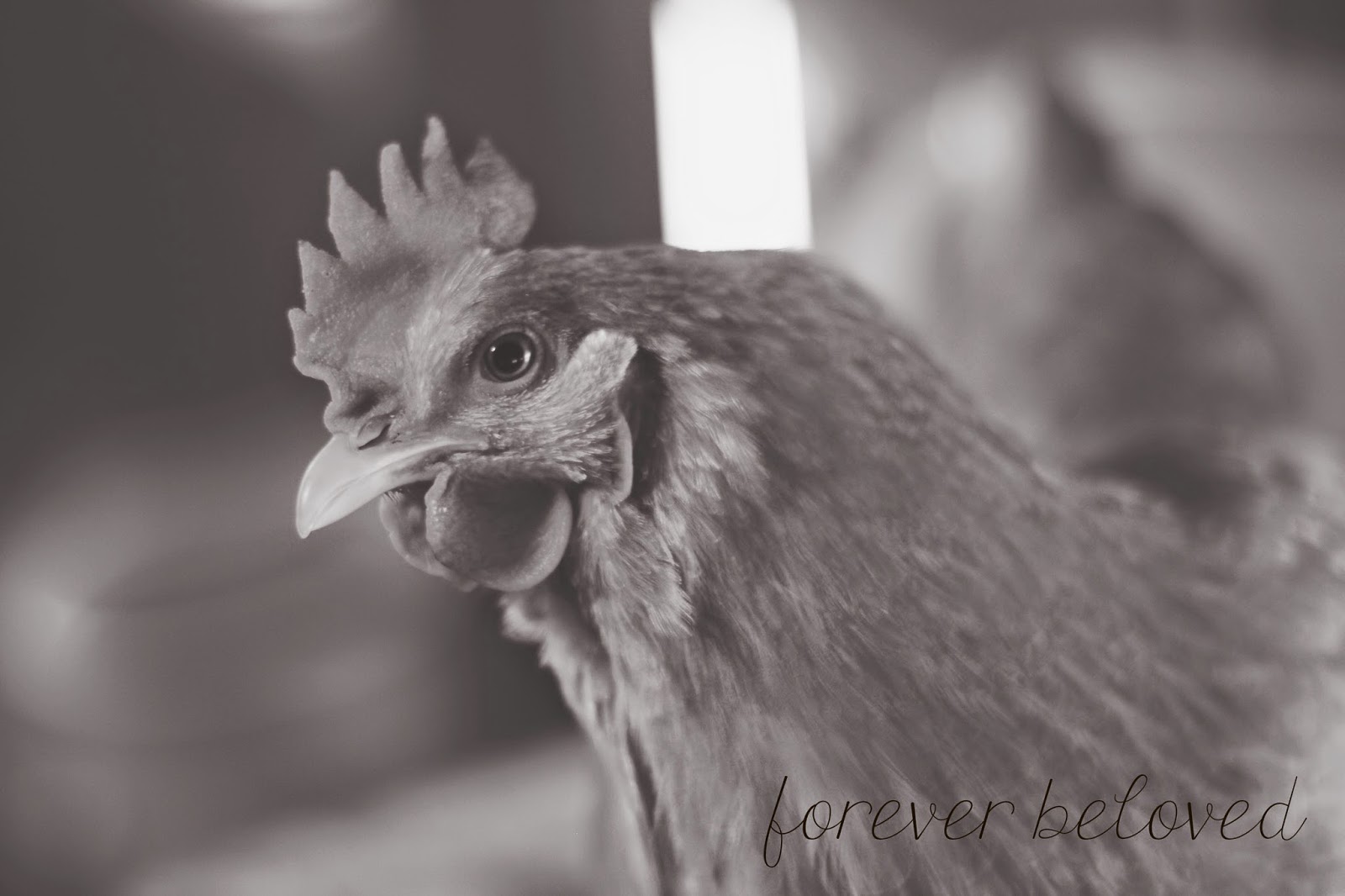 Chickens do get sick and die. Good night, do I ever know this. We've lost 2 from our flock in less than a year. Local veterinarians probably won’t be able to help you either, as very few of them are trained to understand poultry diseases. You will have to either read up on your own or find other more experienced chicken keepers who can advise you. What I would suggest is joining a group, like Backyard Chickens. There are also quite a few Facebook group specifically for chicken owners. You have no idea how many questions I ask them. Seriously y'all, I bet they are sick to death of me. BUT that is the perfect way to find out what is going on with your sick chicken. 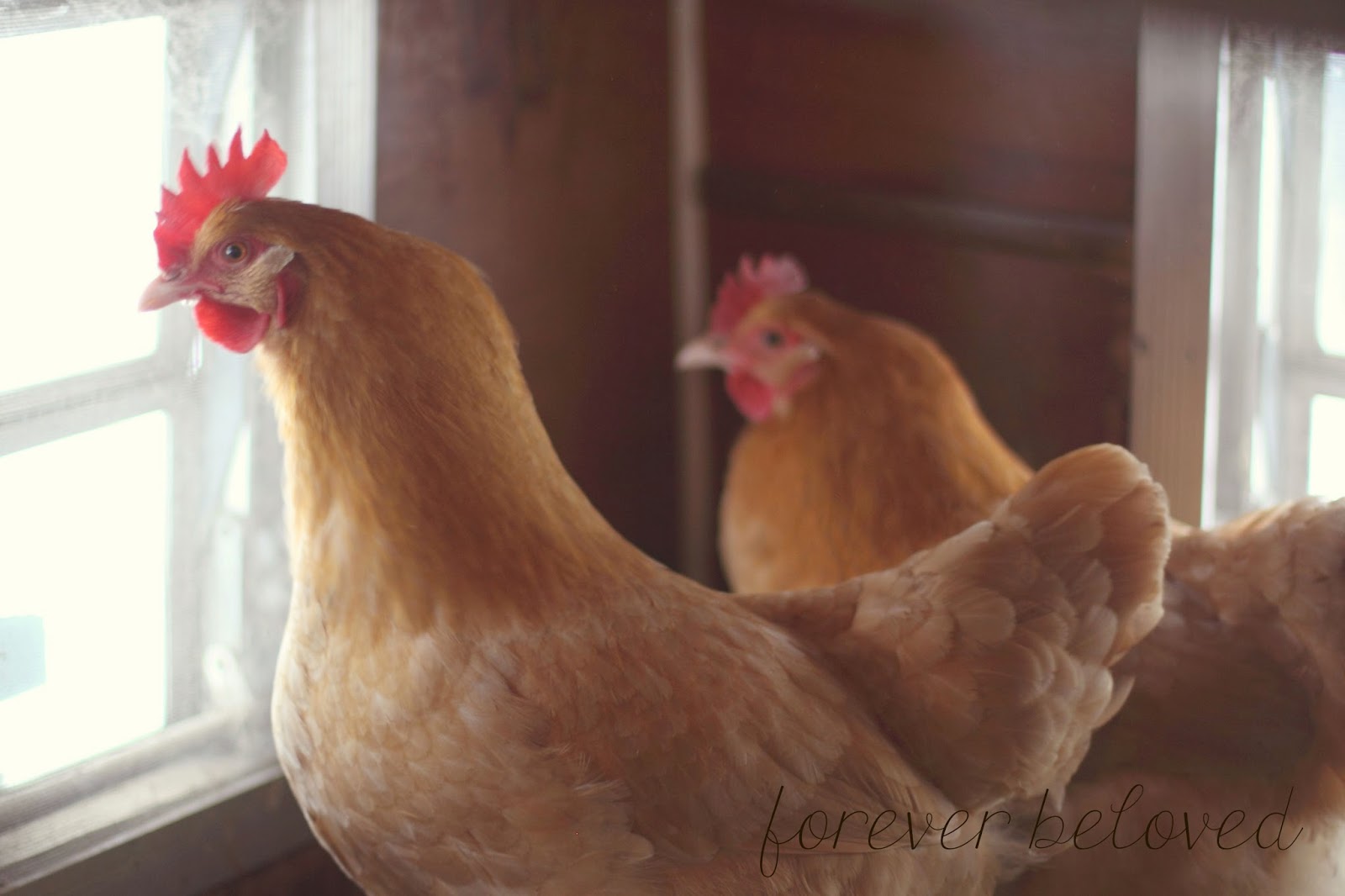 Chicken math is a real thing. You start out with 8 cute little chicks. Surely that's enough, right? They grow up, move to the coup and start laying. Then Tractor Supply has chick days. And, I mean, you HAVE to go in there to get supplies. Hearing those sweet little chirps coming from the center isle. There is no possible way to walk past them without looking, unless you're the scrooge and don't have a heart! You see those little balls of fluff and instantly, you must. add. to. your. flock. At that point, it's not even a question. Chicken math has already set in, and there isn't any going back. Before you know it you have 8 in the coop, 4 in the brooder and just set 12 eggs in the incubator. Not that I'm speaking from experience or anything.

Chicken math may also branch out into other birds.  Such as pigeons, as we found out last summer.  We now have a pigeon named Tim living in our coop.  Fairly sure he thinks he's a chicken, he gets right in there and fights for food with those big girls.  And I have to admit, I think Tim may need a wife.  I wonder if this is classified as pigeon math? 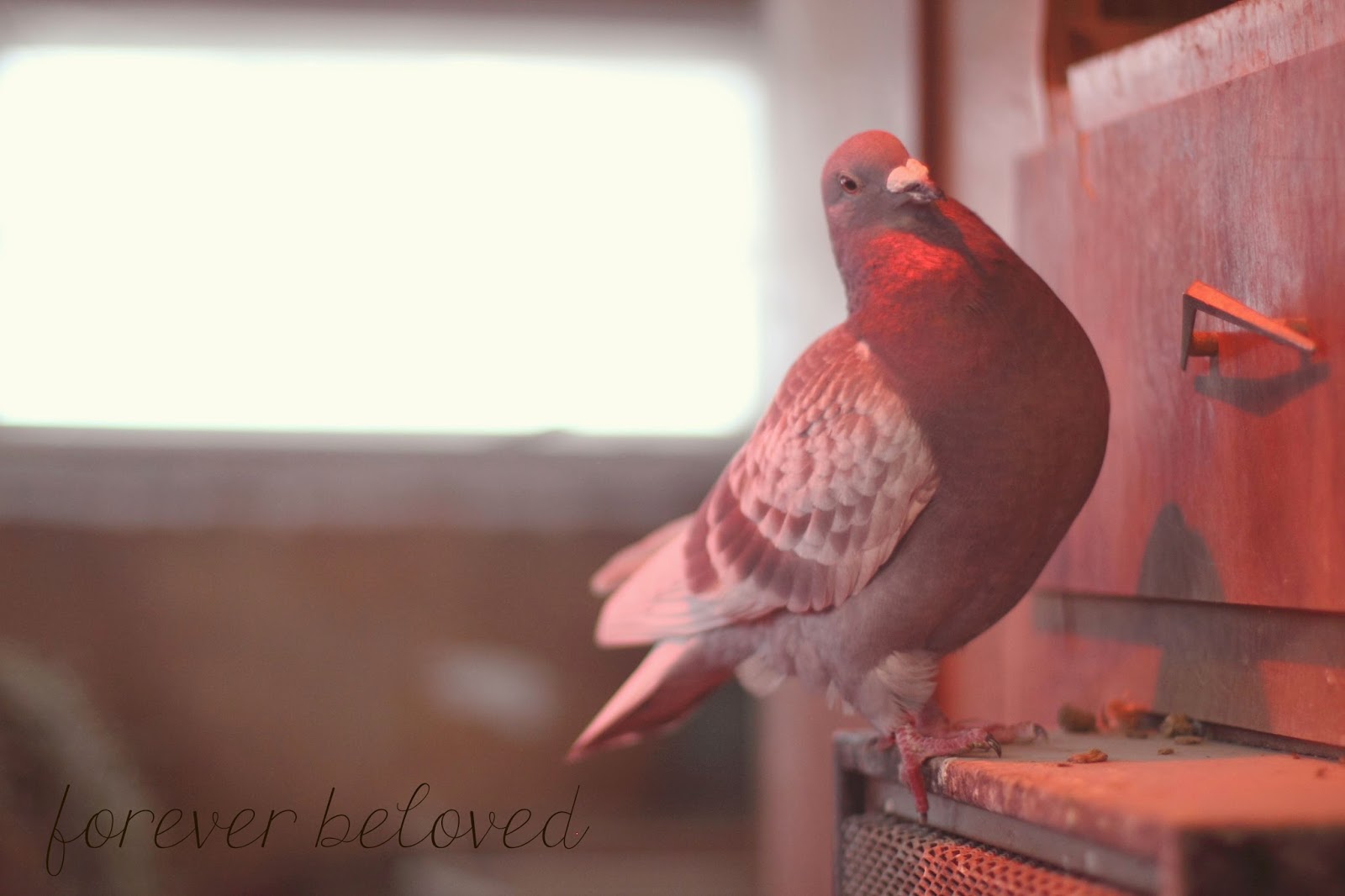 Your pullets (female chickens under one year) will start laying when they’re between four and six months old. Don’t be concerned if the first eggs will be small, they'll get larger with time.  And let me tell you, those first non-egg months drag on.  Every morning I would trot to the coop, hopeful to see my first egg.  Nothing.  You see, I had this perfect little laying box set up for them.  And that's where I expected them to lay. Then one night I was getting a little heat light set up for them.  I bent down to plug it in and could not believe my eyes.  There was a pile of eggs like you would never believe...13 of them!  They had been laying for days, and I missed it.  So also realize, they will lay where ever THEY want to, not where you want them to. 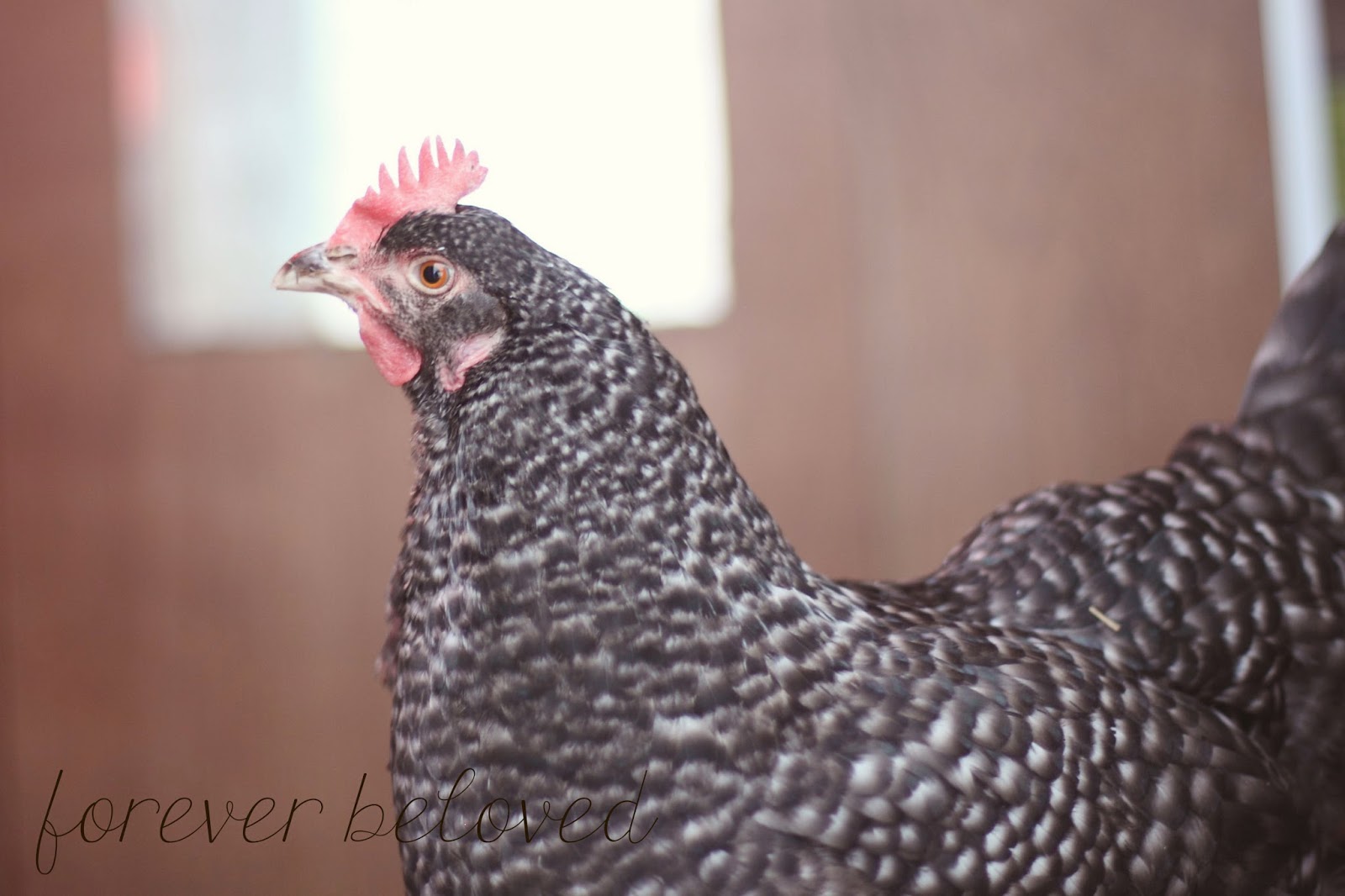 There will always be lots of poop. You just have to get use to it and not get skeeved out. One day I tended the chicks before rushing out the door to meet a friend for coffee. In all my rushing, I didn't realize I somehow had poop on my jeans. Seriously, get ready for chicken poop for days. I'm still baffled at how one little bird can poop so much. Goodness.

Keep water and food bowls clean and free from funny-looking growth {and poop}. You have to clean their water container daily.  And as soon as you clean it, they will scratch around and throw nonsense back in it.  And usually some jokester will somehow poop in it as well.  I'm nearly convinced they do this as a way to drive me insane.  But seriously, keep everything clean in the brooder and the coop. 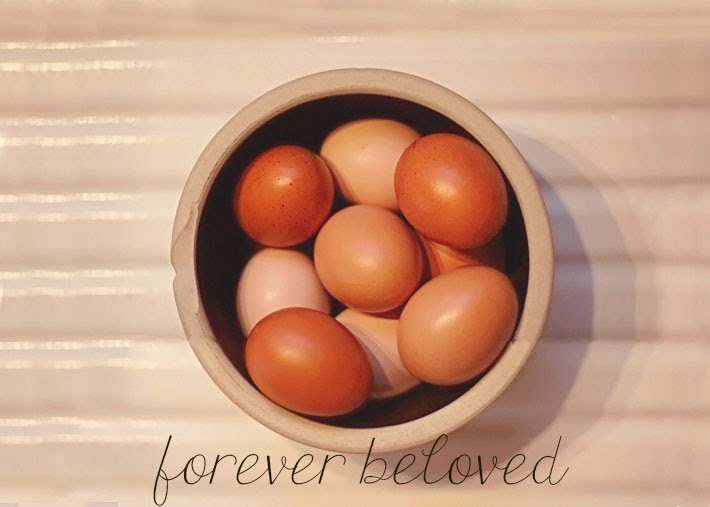 And last but not least, you will talk to your chickens. You will name them and talk to them like they are human. You will have your morning coffee with them. Or wait, that might just be me. You will take selfies with them and instagram them. You will notice their little personalities, and occasionally try to talk to non-chicken people about them. Those people have no desire to hear your chicken stores. These chickens will come running when they hear your voice, and your heart will flutter. They love me, they really love me ♡