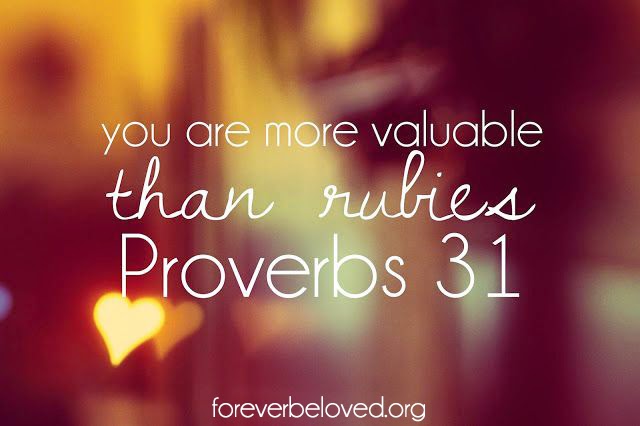 She makes coverings for her bed;
she is clothed in fine linen and purple.
Proverbs 31:22

So many of these verses we've studied focus on what she does for others.  This week we get to take a look at what she makes for herself and what she wears.  I think we’ll find that even those things are done for others, too.

She pays special attention to the place where her family sleeps and spends many hours a night. She makes special coverings for them. Now, I'm not friends with the sewing machine. Not a single bit. But I can still do my part. It's our job as Mama's to make sure our family has clean sheets and a comfy special sweet spot to retreat to when the day is over.  Making our bedrooms beautiful and relaxing should be a delight!

Her clothing is silk and purple is not actually referring to "silk," but "white linen" of very fine texture, and very costly. The purple garments were brought from the Phoenician cities, and were highly esteemed.  The purple color was actually obtained from a species of shell fish found in the Mediterranean sea. The shell was broken in order to give access to a small gland which was removed and crushed. The crushed gland gives a milky fluid that becomes red or purple on exposure to the air.

I found that 'Lydia' in the New Testament was a seller of "purple" (Acts 16:14). Also, the Old Testament speaks tremendously about the colors that were used in the Tabernacle. Purple and white (in the form of bleached linen) were among those colors; as well as crimson (blue), scarlet (red), and gold.

We got a little glimpse into her fashion, which I found fascinating.  We know from past weeks that she is humble, sacrificing and puts herself last. But yet, she doesn't neglect herself either. She knows that how she dresses reflects on her husband. Her appearance could affect her husband’s character, leadership and opportunities he's given. She knows that, and isn't willing to allow her appearance to reflect badly on him.  She dressed in a way so it couldn't be said she was over dressed or under dressed.

It’s so super easy, when we’re so overwhelmed with the many tasks of motherhood {a lot of them dirty and smelly} to forget about our own appearance and the gift that caring for ourselves can be to our husbands. How you dress, as a wife, will either show honor and respect to your husband or disrespect. And she knows her husband doesn't want to come home to a frumpy wife every day. We have to remember to take care of ourselves as well. It's easy to get caught up in taking care of everyone else and neglecting ourselves.  So this week, shave your legs and put on some makeup!

Likewise also that women should adorn themselves in respectable apparel, with modesty and self-control, not with braided hair and gold or pearls or costly attire, but with what is proper for women who profess godliness—with good works.
1 Timothy 2:9-10