What I Learned From the Dukes of Hazzard 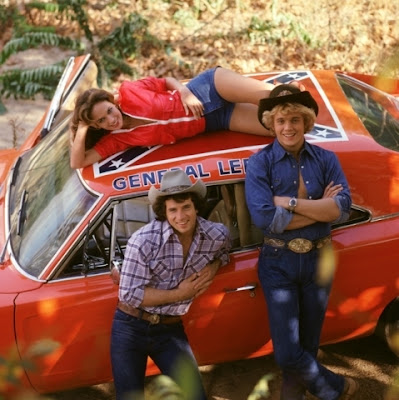 As a child of the 70's and 80's, I was fortunate to enjoy some of the greatest television shows ever made – Little House on the Prairie, The Dukes of Hazzard, Touched by an Angel, The Waltons, Alf, and the Smurfs. I know, right. Those were awesome shows! As kids, we were fortunate enough to experience what true, wholesome TV was. We've all gained pearls of wisdom from Caroline Ingalls, Grandpa Walton and the Dukes.

The past week my Facebook feed is being blown up once again, this time by the Confederate Flag opposition and support. Now, in this household, we are lovers of the Confederate flag. Because we're racist? No, that's nonsense. Because, to me, that flag symbolizes all things country. I'm not going to go into that debate here, but all I will say is flying a flag doesn't make you racist any more than wearing green on St. Patrick's Day makes you a supporter of the IRA Pub Bombings. It's simply an unfair generalization that was fueled by another media firestorm.

This girl right here proudly carried a Dukes of Hazzard lunchbox to school.  And guess who had all of the Dukes of Hazzard action figures?  Of course, Bo and Luke married my Barbies while Daisy stood in as maid-of-honor.  And yes, they spun out and drove away in my Barbie car.  How many of you just thought "Ohhhh, that explains a lot about her"?

And with that, I give you the top 5 things I've learned from watching The Dukes of Hazzard.

The single-strongest theme of the show was the strength found in the bonds of family. The Duke family was clearly fractured, as they were all cousins who lived with their Uncle Jesse. (Gy Waldron, the creator of the show, states on the DVDs that their parents were killed in a car wreck, but it was never mentioned in the show). Throughout the show there was a familiar thread woven.  No matter if you were raised in a “nuclear family” or not, or whether you’re even blood-related, those you call family are the people you should protect and keep closest.

These shows that we watched growing up helped form our morals and values.  They worked alongside our parents to teach us life-lessons.  One of the biggest lessons for me was your friends are your family, and family is to be held closest your heart.

A lady is to be respected and treated right.

Even if she wears shorts that are waaaaaay too short. I mean, come on, we can't really say that Daisy was extra on modesty. But her cousins, her family and the men in her life would have never allowed her to be disrespected or treated badly in any way. As a girl who grew up watching that, it gave me high expectations of the men around me.

You know we've all heard at least once in our life "she was asking for it, just look at how she dresses".  For decades women have fought against this belief.  And while I am a firm believer in modesty, I am also a firm believer in no means no.  No woman deserves to be disrespected, or worse, simply because of the clothing she wears.

Never judge a book by it's cover.

Cooter's hands were always greasy.  Uncle Jesse was a former "ridge runner" (whiskey trafficker).  Daisy was less than modest and was a bartender.  Boss Hogg was sassy and usually trying to scheme people out of money.  Lulu Hogg was overweight.  Enos wasn't the brightest.  And Bo and Luke were always, always running from the cops.  But at the end of the day, they were all (even Boss Hogg) good, kind, genuine people.  And if someone was in desperate need, they would all come together. 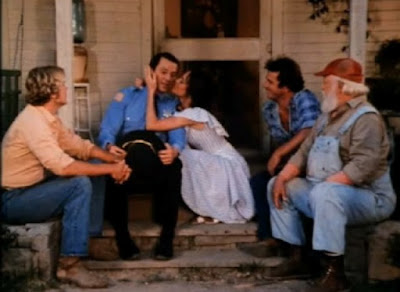 Contrary to what the world would have us believe, good guys don't always finish last! While Enos wasn’t necessarily the brightest bulb on the Dukes, Enos was possibly the most honest. Many times Roscoe labeled Enos a "Dipstick”, but that never tarnished his upbeat, positive nature (maybe another little hidden lesson of sticks and stones will break my bones but words will never harm me).   Eventually Enos landed the most coveted role in all of Hazzard County, Daisy’s fiance.

Nice guys don't always finish last and prince charming doesn't always ride in on a white horse y'all. Kindness, compassion and humility aren't overrated. If you always always do the right thing you are winning God's favor! 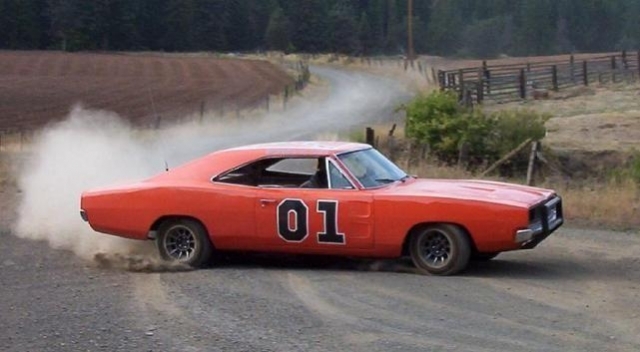 This one may sound silly to some of y'all (and I slightly hope my teenage son doesn't see it).  But seriously, what can brighten up a day better than a burnout?  Some of my favorite teenage memories were burnout contests.  And I still may or may not occasionally light 'em up..