{It is with such pleasure that I introduce Becky Luzier.  We've shared laughter and a few tears during conversations over coffee.  Every time, never running out of subjects to talk about.  Her heart for Jesus shines as does her magnetic personality!  Please give a warm Forever Beloved welcome to Becky!  Show her how much you appreciate her by sharing and commenting on her story!} 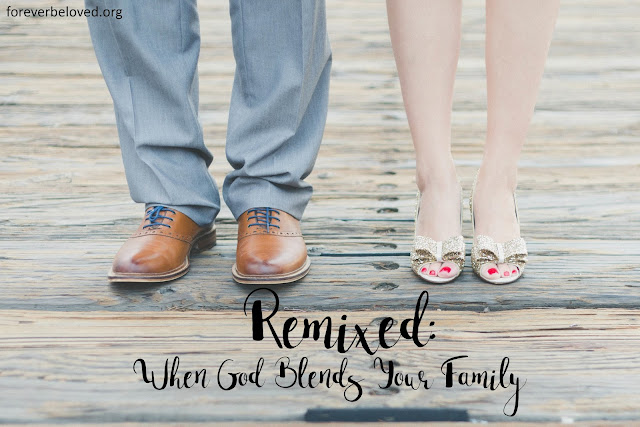 Have you ever heard a mainstream Christian worship song remixed? They can be pretty weird sounding. One example, “Oceans” by Hillsong United, is a song that’s very dear to my heart for a multitude of reasons. The Christian rapper KB remixed it, and the new song title is “Crowns & Thorns”. I had heard it for the first time not long ago when my 11 year old son was jamming out, and I thought, “That’s really strange sounding, but I kind of like it”. It sort of rubbed me the wrong way at first, but the longer I listened to it, the more I found myself actually enjoying this new, but not really new, favorite song. Things I didn’t like about it at first, were KB’s added effects, which I perceived as interruptions. The nice, slow chorus that I love singing along to, was now abruptly being distorted by some different rhyme and rhythm. Yet the longer I listened, I enjoyed the beat and even seemed to be gaining a new perspective on the original lyrics. Now I like this remix a lot and listen to it often. Not every remix is like that, though. I believe some songs should not ever be tampered with, because their original state is best. Some worship songs are simply bad as a remix in my opinion, but to someone else, it may be seen as an improvement.

Remix is a fun term in my opinion; It makes me think of fun, dancing, energy, and flashing lights. I have only recently thought of it as a relational word. I have heard it used this way in a teaching about relationships not long ago. The word stuck with me. I realized that my blended family is a remix. We are awkward at first, our current story is not the way it was originally written, and we grow on you if you hang around long enough! We ARE fun, energetic, loud, and chaotic too! We have also realized that it’s not always fun and games. There are a lot of, what would seem to be, interruptions. Many days are what seem like the opposite of a remix, if there ever was one. They are slow, tiring, dim, but always with the disarray. It can feel like the original song was slowed down and it sounds all distorted now—Jesus meets us there.

I have four beautiful children to my first husband, and I am remarried to a wonderful godly man who doesn’t have any children of his own. God allowed me a new beginning, with a new husband who chooses Jesus before everything, who loves my children like his own, and loves me fiercely. He is not perfect, he is not a knight in shining armor, he is not my savior, and he is a flawed man who messes up at times. We are completely opposite in our personalities. I am extroverted, he is introverted; I am pretty lax when it comes to a lot of things, he is very organized and precise; I am loud and crazy, he is quiet and reserved. But we both choose Jesus—every single time.

I would like to back up just little bit before I keep going forward through the breakdown of our song. My second husband and I were married on August 13, 2016. We began courting in December of 2015. We didn’t waste much time! I met him at our local youth center when I began serving there shortly after my divorce. He was so intriguing to me, and there was something about him that made my heart leap and long to know more. I wanted to know his story, where he came from and how he got here. He had a way of talking with the kids that got them to open up to a depth that others couldn’t seem to reach as easily (if at all). He didn’t do surface level conversations. I knew that he had depth and I had pined for that for so long! We talked off and on for several months. There were times where the Lord would back us away from one another, walk us through some things on our own, and then allow us to pick back up again. We began getting to know one another and he seemed to really be fascinated by me! Me? I didn’t understand! How could I be desirable? I have FOUR children! Did he not realize that? Is he crazy? Is he just stupid? Well, it turned out he was seeking the Lord’s guidance, and he knew it was me. He fell in love with me, as I did him, and he fell in love with my kids.

We were so cute. We thought we had it figured out. We looked forward to married life, which we thought might look a little more settled than anything we both knew at the time. We expected hard things, but we believed that we had this in the bag. We both knew some stuff, we had grown tremendously in the Lord over time, and we prayed a lot. What could go wrong? HA! We had an absolutely beautiful wedding and a really fun and adventurous honeymoon. We confirmed the house we were going to be renting on the morning of our wedding and planned to be moved in after returning from our honeymoon.

Then the honeymoon was over. The day we got back, we picked up the kids from their dad, and ended up having to camp out with sleeping bags and blankets at my new father-in-law’s apartment for the night because of unexpected setbacks with our home. It was nuts! It was a small apartment, there were no activities for the kids (aside from the Wii), and my new father-in-law was sleeping in the next room…fabulous! Why not?! We were disappointed to say the least, but Jesus met us there. The kids had fun playing video games and crashing wherever they could fit, and I think we ended up laughing about the crazy of it all at one point (laugh, cry, whatever). So, while the honeymoon didn’t last long, Jesus never changed.

We moved into our new rental house the second day back from our honeymoon. It was cozy and felt like home. Jesus brought us peace. Jesus continues to bring us peace. Even still, this remix is always changing. Every time we think we have figured out the rhythm, it switches up the beat. Even though we are both choosing Jesus, we are both still only people. I have a supportive husband who loves my children and me intensely, but they still disobey and I still get crabby. They are still disrespectful and a handful. He and I don’t always like each other. We all still get lonely sometimes. Crazy right? In a house with 6 people and 4 of them being under 12, we can still experience feeling lonely. But through chaos, through, through heartache, through loneliness, through weariness, through disappointment, through worship, through praise, through His Word—Jesus meets us here. Every. Single. Day. Jesus meets us here.

Our remix is weird at first. It doesn’t seem to belong in a Christian community. I am a divorced woman with 4 kids who remarried a man who was never married and has zero children. We are wonky and strange in our own ways and we are definitely a spicy family. We love, we yell, we talk, we laugh, we cry, we laugh until we cry, we get angry and we get sad, we get lonely and we get tired. We don’t know what we are doing. My husband loves my kids as if they were his own blood, while still having full respect for their father’s place in their heart and life. He chooses Jesus first and so do I. We are a hot, stinking mess, and we are always looking to the Lord, and it’s because of choosing Jesus first, that this remix rocks!


Psalm 40:3 NLT He has given me a new song to sing, a hymn of praise to our God. Many will see what He has done and be amazed. They will put their trust in the LORD. 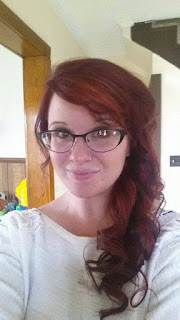 I absolutely love keeping my home for my husband and kids. I enjoy being creative at my out of the home job as a stylist. I love to write. Many times my writing is in the form of journaling and prayers written out to the Lord. It's where the raw relationship stuff is between my Jesus and me. It's an honor and privilege when He leads me to share prices of that to encourage other women!